Planning the transmission while protecting your spouse – French tax residents

To protect each other while planning to pass their wealth to their children ultimately, married couples often look at subscribing a joint-life policy with termination at second death.

This type of subscription requires that property invested is joint property. In France, the property of the assets and their qualification as joint property depends on the spouses’ matrimonial regime.

Under the regime of separation of property, each spouse is considered the owner of their own property. This means that nothing is jointly owned between them. For example, money on a joint-name bank account is considered to be joint property (“bien indivis”). Investing it into a joint-life policy with termination at second death may thus lead to a risk of requalification as an indirect gift by the French tax authorities and the taxation as such at the first death. Indeed, France does not apply inheritance tax between spouses, however gift tax applies to transfers made during the lifetime of the deceased and can amount to 45% above EUR 1,805,677.

In any case, it is essential to make sure that the couple’s matrimonial regime is appropriate, with the support of a notary for assessing the spouses’ matrimonial regime[1] and assist them to adapt it if necessary.

Dismembering the beneficiary clause may also be an alternative in order to designate several beneficiaries, and plan for a successive asset transfer while protecting the surviving spouse.

upon extinction of the usufruct. The person who receives it has the status of bare owner. 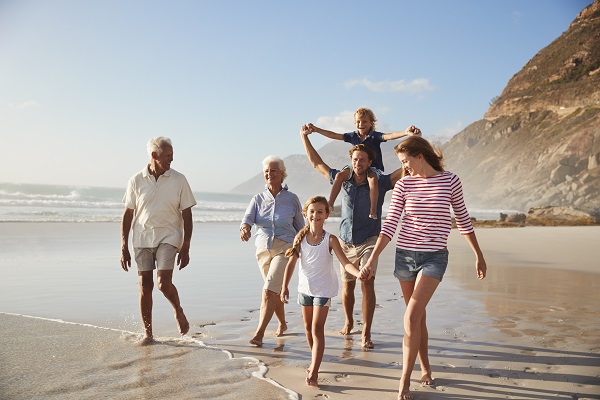 George (61 years old), a UK national, is married to Emma under the separation of property regime. They have two children, Kate and Will. The whole family resides in France.

As long as George does not surrenders his policy, whether partially or entirely, the identified solution will remain tax neutral for him.

Assuming Emma is 68 years old, and the contract values EUR 1 million, the quasi-usufruct is 40% and the bare-ownership is 60% of the full ownership.

On top of that, social security contributions apply at a rate of 17,2% on products that have not already been subject to taxation.

The children receive the receivable (i.e. the death benefit) and no taxation is due up to EUR 1 million, the amount formerly received by Emma, while on George’s death they paid tax on the bare ownership value, of only EUR 600,000. 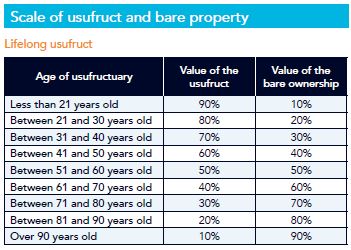 [1] Expatriation may affect the marriage.