Appointment of Antonio Corpas, CEO OneLife, to the Board of Directors of the Spanish Chamber of Commerce for Belgium and Luxembourg

A strengthened commitment in OneLife core markets and cross-border activities 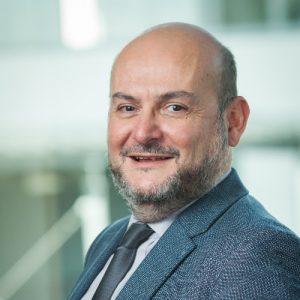 At the Annual General Meeting of the Official Spanish Chamber of Commerce for Belgium and Luxembourg* held on 24 June in Brussels, Antonio Corpas, was elected to the Board of the association as a vocal member, representing OneLife for a period of 3 years.

The Official Spanish Chamber of Commerce in Belgium and Luxembourg is a non-profit association whose main objective is the development of trade and investments between Spain, Belgium and Luxembourg. The Chamber offers companies a wide range of commercial and promotional services  and facilitates business networking among its partners.

OneLife who is celebrating its 30th anniversary this year has extensive local expertise in these three countries.

As a specialist in cross-border wealth solutions and based in Luxembourg, reputed international financial centre, OneLife is well-know in Belgium with assets of close to EUR 3 billion held in life assurance contracts for Belgian clients.

Spain too, is also a key market where numerous banking partnerships have been put in place by its local expert team. OneLife’s life assurance solutions have met with a lot of success allowing Spanish residents to combine the security, flexibility and diversity of a Luxembourg life assurance policy and respond to their succession planning needs.

The OneLife CEO, who holds both Spanish and French nationalities, is well-placed to fulfill his mandate to assist the Chamber of Commerce in its mission to support companies outside Spanish borders in Luxembourg and Belgium.

“The Chamber’s long-standing knowledge and expertise in Europe is a real facilitator for Spanish companies who wish to build business links in Belgium and Luxembourg.  Alongside the President and the other members of the Board, I am very pleased to be part of the work of the Chamber and to bring my own and OneLife’s considerable experience of Luxembourg and Belgium’s financial, regulatory and legal environments to benefit the exchange between these three countries and respoind to the growth aspirations of Spanish companies”.